(In person) The Golden Roller
Thematic : Tasting History
Come and participate in this apple pie battle!
READ MORE
SATURDAY, 14 MAY

(In person) Guided tour of Old Montreal
Thematic : Walking the history
Stroll through the charming cobblestone streets and winding alleys of the historic district, revealing its rich heritage.
READ MORE
FRIDAY, 13 MAY

The urban tour is led by René Binette of the Écomusée du fier monde and starts at the museum for a return to the past!

For the past few months, Sacré-Coeur Church has been home to a permanent exhibition and five large bells. Once perched in the bell tower, they have become versatile percussion instruments ! More than just the story of a parish and its neighborhood Sonnent les siècles is a testament to the desire to connect many different heritages: architectural, religious and sound. The spring of 2022 marks the centenary of the fire of the first Sacré-Coeur church. A century later, we propose to bring this angular episode to life in history and music !

In this context, the Écomusée du fier monde, in collaboration with the Laboratoire de recherche et de création vocale and the Sacré-Coeur parish, is offering several activities such as open houses in the church, commented visits of the exhibition, guided tours and mini-concerts in the nave.

On reservation. In french only. 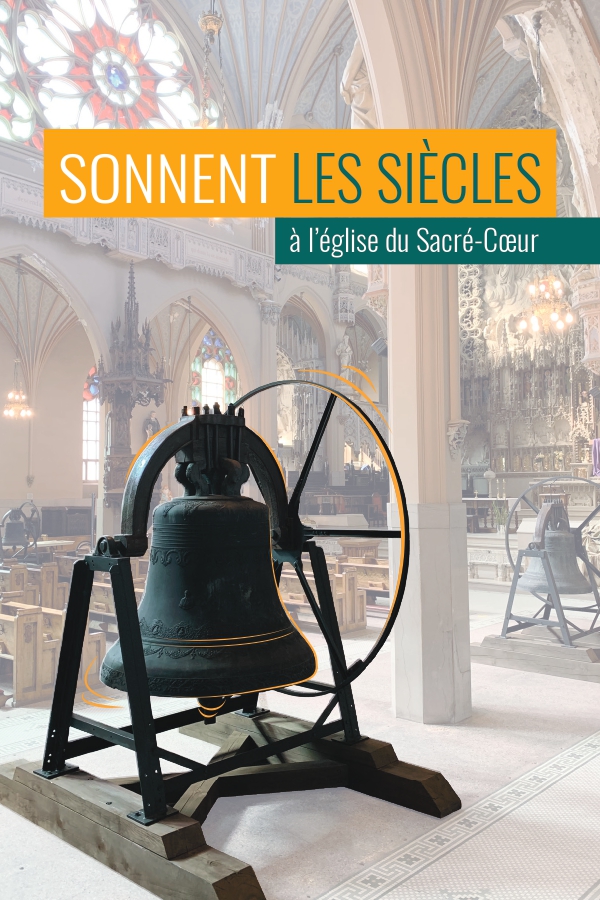